When one possesses a natural proclivity for curiosity, there’s no telling what can be accomplished. For second-year UF College of Medicine student Sayoni Saha, her drive to seek answers to hard-hitting questions led her down the path toward medical school and a future career as a physician.

As a high school student, Saha volunteered at a Down syndrome clinic in Irvine, California. She instantly recognized a love for the relationships among physicians and their patients, but it took nearly a year of volunteering for Saha to realize a deeper interest in working with young people with developmental disabilities. When a teenaged patient showed Saha a photo of her boyfriend and noted to Saha his resemblance to teen heartthrob Zac Efron, Saha found herself speechless.

“I realized then how little I knew about this patient’s life and what it really meant to live with developmental disabilities. This then triggered other questions for me,” Saha recalls.

She began searching for existing research on self-concept among young people with developmental disabilities. How does this population view themselves and their relationships and roles within their communities? Saha quickly realized there was nothing written on the topic. So, she began conducting the research herself. In 2012, President Barack Obama invited Saha to the White House as an Intel Science Talent Search finalist for her work on self-concept among young people with Down syndrome. Her research was published in the American Journal of Medical Genetics.

“In medicine, you have an opportunity to connect with, better understand and serve as an advocate for individuals from stigmatized or poorly understood communities. It’s such a privilege,” Saha says. “Interacting with patients makes me think, what can I do to help this population? If this is a question we’re asking, why don’t we study it?”

Saha currently serves as the lead researcher in a study within the UF general surgery clinic under the mentorship of colorectal surgeon Sanda Tan, M.D.Saha’s work, which the National Institutes of Health funds through awarding Saha a T35 National Service Research Fellowship, examines the use of Lovenox, an anticoagulant prescribed to patients after surgeries to prevent complications.

“Lovenox is a standard of care; yet, it’s costly, often not covered by insurance and has to be self-injected. Often, we see patients not completing the course of the drug or being rehospitalized,” she says. “I found myself asking why? Are there issues of patient education here?”

To dig closer toward the answers, Saha developed a patient questionnaire to gather data that could ultimately inform future practice and lead to improvements in quality patient care.

Saha also serves as the community service co-chair for the UF College of Medicine student executive board, planning community service events for her classmates and organizing an annual health fair. She says since she visited the UF College of Medicine campus during Second Look, she recognized a spirit of pride and excitement among its medical students, and the feeling was infectious.

“There’s an excitement here that everyone shares. Students really want to be here,” she says. “It’s a very supportive environment. Every day I learn something new from my classmates. It’s very cool to be constantly inspired by the people around you.” 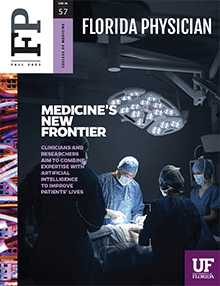 Magazine for alumni, faculty and friends of the UF College of Medicine 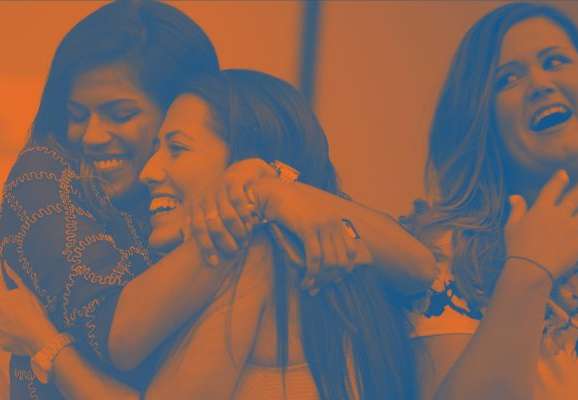